We had an excellent turnout to the working bee on 6 March, with 16 cheerful volunteers showing up. In particular, we were very pleased to have Bill McMillan ZL2OH join us. Bill was the Station Superintendent at Quartz Hill over the period 1966 to 1969. It was also good to have Mike ZL1AXG back with us after having been away in USA for several years.

The team made quick work of sorting out the assets that we wished to keep and then packing these into the club's two shipping containers. Unwanted items were put to one side, ready for future transporting to the rubbish tip.

It is anticpated that we will need to make two more visits to Quartz Hill over the next 3 months - one to remove the rubbish, and the other when we finally remove our containers and masts from the site. 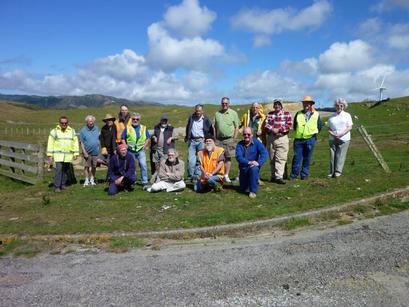