The Quartz Hill Committee is responsible to the Wellington Amateur Radio Club for the development and operation of the club's amateur radio station facility at Quartz Hill.

Wilbert Knol ZL2BSJ has recently stepped down from the Committee, due to his leaving New Zealand to move back to The Netherlands. Wilbert has been an active member of the Committee since it was formed in 1998, and has held the Finance Manager role since 2003. The Committee is extremely grateful to Wilbert for his contribution to the work at Quartz Hill - click here for a tribute to Wilbert.

Andrew Goldie ZL2ACG has been seconded as a new Committee member, to cover the gap left after Wilbert's departure. The Committee welcomes Andrew to the team. 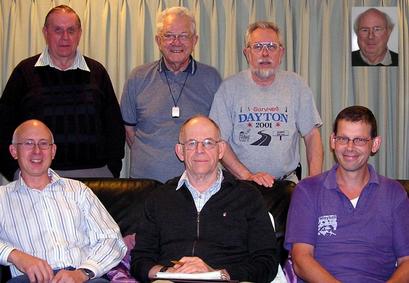